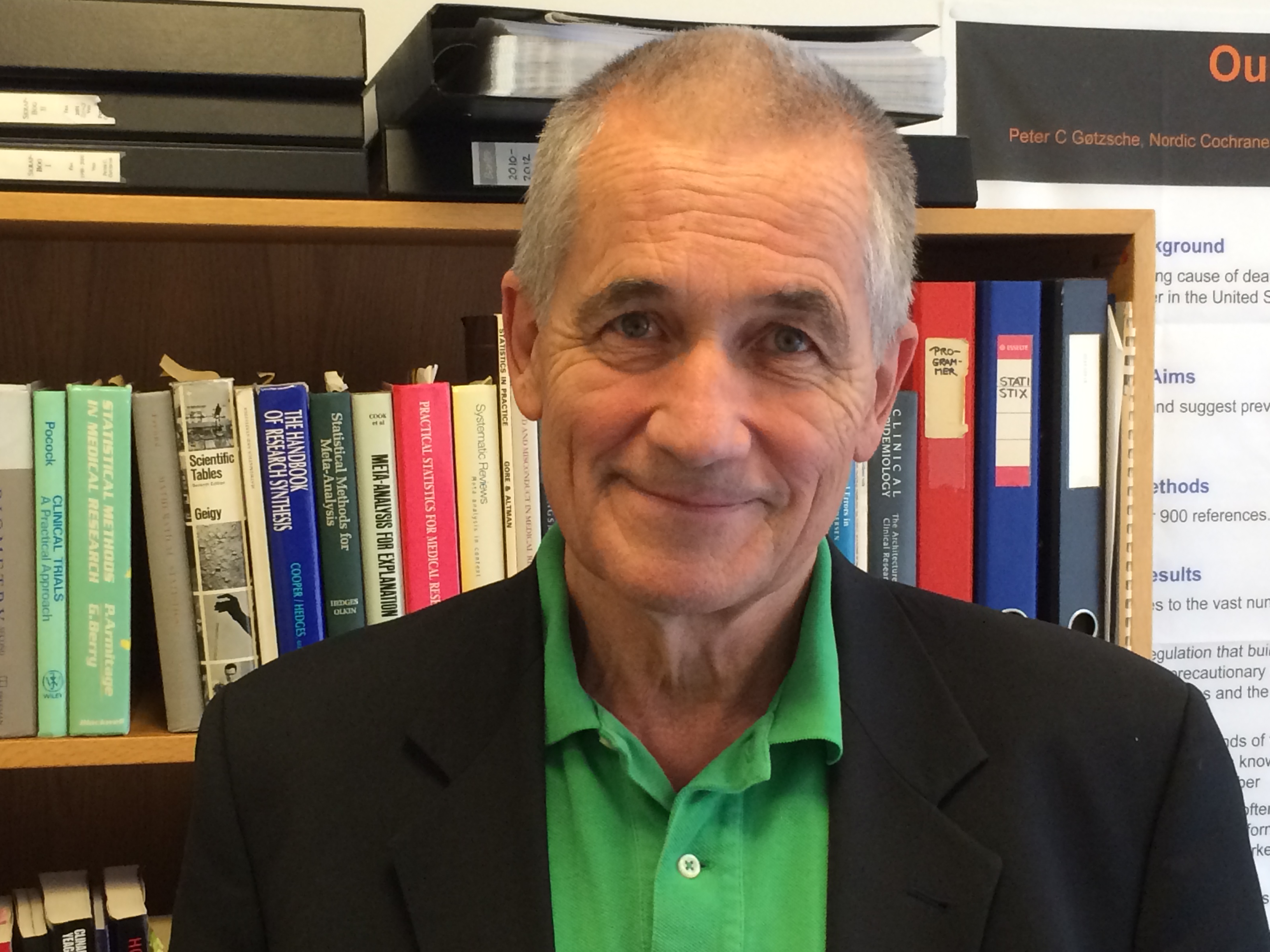 Taget fra Peter Gøtzsche's hjemmeside
Professor Peter C Gøtzsche graduated as a Master of Science in biology and chemistry in 1974 and as a physician 1984. He is a specialist in internal medicine; worked with clinical trials and regulatory affairs in the drug industry 1975-1983, and at hospitals in Copenhagen 1984-95. With about 80 others, he helped start The Cochrane Collaboration in 1993 with the founder, Sir Iain Chalmers, and established The Nordic Cochrane Centre the same year. He became professor of Clinical Research Design and Analysis in 2010 at the University of Copenhagen and became elected for the Cochrane Governing Board in 2017.

Peter has published more than 70 papers in “the big five” (BMJ, Lancet, JAMA, Ann Intern Med and N Engl J Med) and his scientific works have been cited 30,000 times (his H-index was 63 according to Web of Science in June 2017).

Peter is author of these books:

Peter has an interest in statistics and research methodology. He is a member of several groups publishing guidelines for good reporting of research and has co-authored CONSORT for randomised trials (www.consort-statement.org), STROBE for observational studies (www.strobe-statement.org), PRISMA for systematic reviews and meta-analyses (www.prisma-statement.org) and SPIRIT for trial protocols (www.spirit-statement.org). Peter was one of the editors in the Cochrane Methodology Review Group 1997-2014.